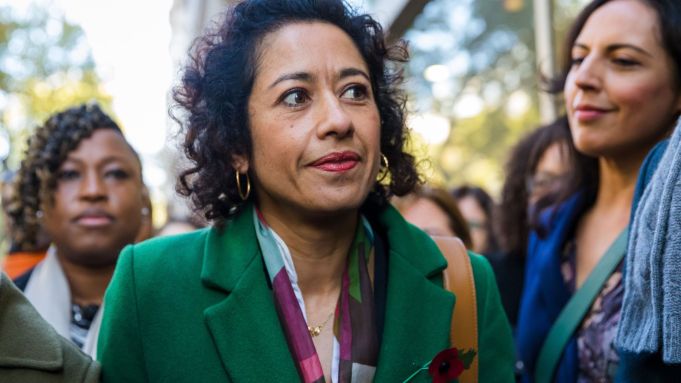 1. her work on “Newswatch” was like Jeremy Vine’s work on “Point of View”; and

2. the BBC was discriminating against her on the grounds of her sex by paying her £440.00 per episode, while Jeremy Vine was paid £3,000.00 per episode.
On 10th January 2020 the Tribunal unanimously held in her favour and concluded that:-
1. the work done by both presenters was the same or broadly similar;

2. any minor differences had no significant impact on the requirements to host their respective shows; and

3. requirements stated by the BBC such as a “glint in the eye” or to be “cheeky” could not be used as skills or experience to do the job.

The BBCs defence team failed to prove that the difference in pay was because of a neutral factor other than gender.
The BBC had argued various differentiating factors including:-
• the profile of the two programmes;
• the profile of the presenters;
• their experience and broadcasting range; and
• differences in market rates and pressures.

These arguments were dismissed by the Tribunal who found that none of these factors could explain the difference in pay. Furthermore, the Tribunal found that each presenter had been given their rates of pay before they began presenting their shows and subsequently the status quo had been maintained and justified.

This decision has placed a significant financial burden on the BBC as it faces a significant compensation payment to Ms Ahmed (potentially hundreds of thousands of pounds).
Not only does the BBC look to lose out financially, but the prospect of further claims is potentially on the horizon as this decision may well act as the catalyst to spur into action other female employees who feel aggrieved about pay. Whilst the viability of each case will depend on its own particular facts, the costs in terms of time investment and legal fees is significant.

Defence:
Whenever an employee is earning more money than another of a different sex for the same work, this does not automatically ensure that they have a good equal pay claim.
An employer may be able to rely on a ‘Material factor’ defence, to show how another significant factor other than gender can explain the pay gap.
A material factor must be:
• Genuine and not a sham or pretence; and
• A significant, material factor which definitely caused the whole of the pay differential; and
• Not itself tainted with any sex discrimination.
Some common defences for equal pay claims are:
• ‘Market rate for the job’ – However the employer must have solid evidence and refresh that evidence annually to justify any continuing difference year on year;
• ‘Bonus’ – A bonus genuinely linked to personal performance/productivity;
• ‘Comparator’s role’ – there are significant difference sin the comparators role – for example that it may involves supervision of others, unsocial hours, heavy lifting, complex machinery, extremes of temperature or other similar factors making it different to the claimant’s role;
• ‘Length of Service’ – The use of an employee’s length of service in determining pay has been a longstanding feature, it has the advantage of full transparency and objectivity. If an employee’s pay is decided by how long they are doing their job, assuming it was not introduced as a bias towards any particular group then it is hard to argue that the rate of pay is discriminatory.

It is important that all businesses operate on equal pay for equal work basis.

Please contact us for further information or advice on this technically challenging area of employment law.
T: 028 3026 2200
E: enquiries@granitelegalservices.co.uk